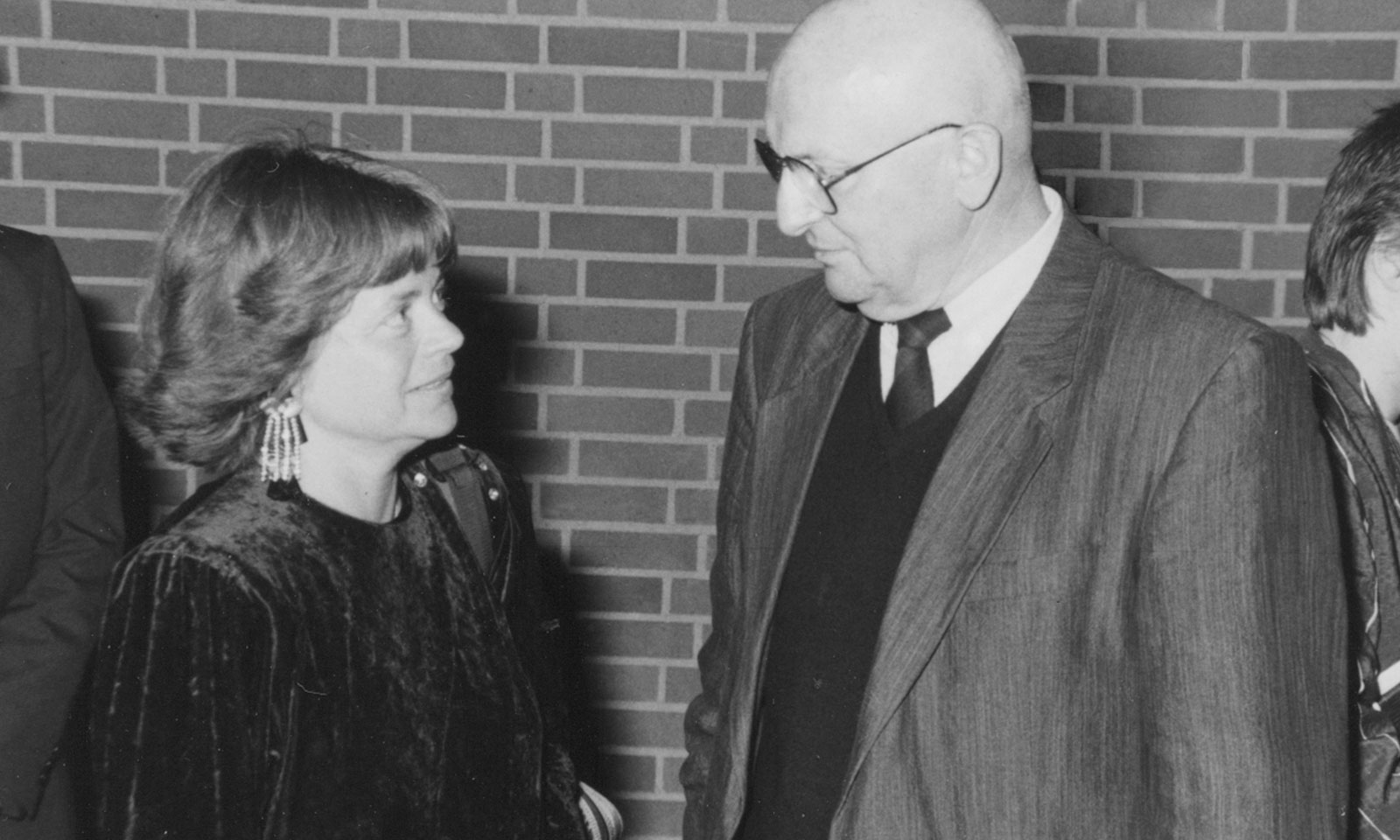 The Lord of the Fonts
Political correctness was rather an alien concept in GGL’s impulsive rhetoric, contrary to his actions. I have always found him to be a person totally free of conceit and with a positive charisma, who inspired his counterpart with creativity. Life seemed lighter and full of possibilities.

GGL was always ready to help, had an open ear and especially supported young people.

His firm sociological and moral convictions are explained by his personal biography and the experiences and conclusions gained from it. Defence of democracy, an upright walk and responsible action were his strong concerns, they were his legacy to the younger generation who had not experienced Nazi rule or war. And I am sure he would have fulminated against today’s digital surveillance abuse and the new dictatorships.

His views were cosmopolitan and artistically shaped during his studies in Leipzig and Berlin. In Berlin he realised, for the first time, what art looked like outside Nazi Germany. Impressionism, for example, was a revelation to him.

In his professional career as Art Director and Type Designer, responsible for the Berthold library, he used the highest standards of quality. How many typologists – among them Kurt Weidemann or Hermann Zapf – did he support, with his tireless guidance and corrections, to achieve coherent, holistic forms. In this process he always regarded type design as embedded in the alphabetical culture. Typesetting was the vehicle, but the individual was the measure of all things. He wasn’t interested in a trendy, fleeting Zeitgeist, his interest was the essence of an era made visible subliminally through head, stomach and hand in type design: writing as a mirror image of language and society.

To the good of Giambattista Bodoni. TGM study trip to Parma and Saluzz in 1990. Picnic in Manta Castle. GGL with wine bottle and the Bodoni label designed by L. C. Maletto. Photo: YSS

GGL and YSS at the award of honorary membership to GGL at tgm, 1990. Photo: YSS

How we could do, especially in this day and age, with his courage, his incorruptible eye and his friendship! So let’s remember him! With a glass of good red wine, like on that TGM trip to Parma, where he was presented with a bottle of “Bodoni Wine”.